Apple Cider and Salami on a Stick

My birthday is coming up in just a few days (September 29th, if you're interested!), so my husband and I decided on a early celebration this weekend, apple picking. We drove about 30-40 miles east, into the mountains of Yucaipa to the apple town of Oak Glen. 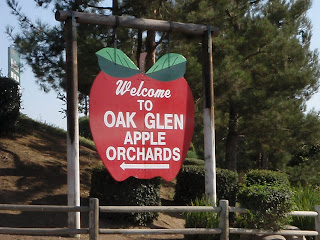 We followed the windy road through the mountains until we reached Riley's Farms. This place is known for their Colonial-era reenactments and their 5 pound apple pies. 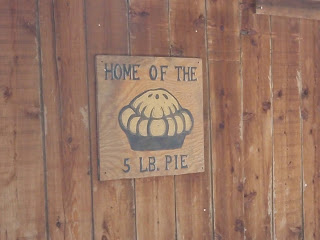 We left shortly after I taught the last swimming lesson of the season (which did not go very well), and by the time we got there I was starving. We lined up for some over-priced, disappointing BBQ, and ate by the entertainment of an old-timey country band. We then moseyed into the General Store and tried on all the hats, before walking up the hill towards the apple orchards. 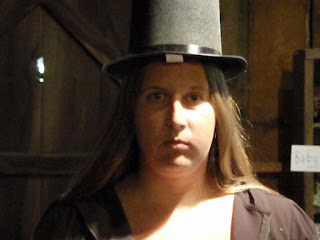 The Husband as a Confederate. 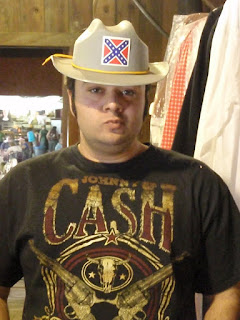 Then I joined the Confederacy... 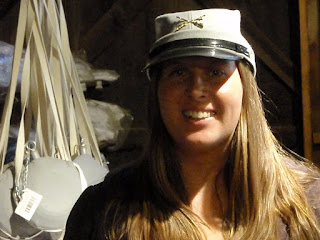 This was not The Husband's idea... 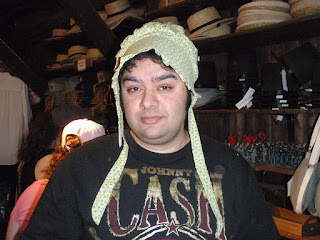 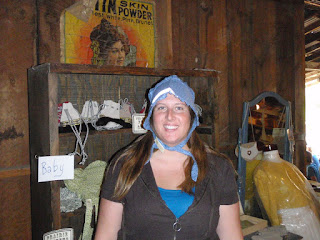 5 minutes later we arrived, paid our$9 ($7 for a bag, plus $2 admission...lame), waited while the guy tried to figure out the change we were owed from a $20, and then headed into the orchard. Tons of rotten apples lay at the base of each tree, but the trees themselves were pretty much bare, save for some half-eaten, bug-burrowed apples at the top. We picked less than 10 apples, decided there was no way in hell we were paying $9 for ten crappy apples, so we "accidentally" dropped the apples on the floor and headed back for a refund. The cashier gladly gave us a full refund, explaining that they were trying to tell the manager that the trees were picked out, but the manager wouldn't listen. 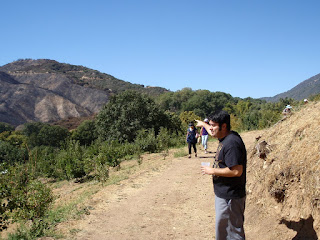 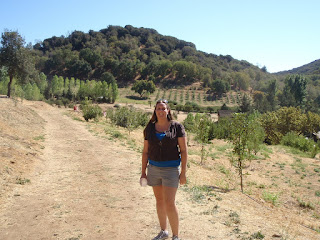 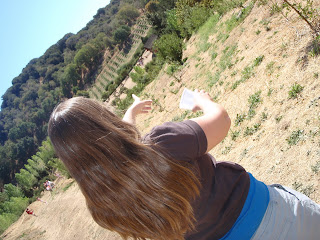 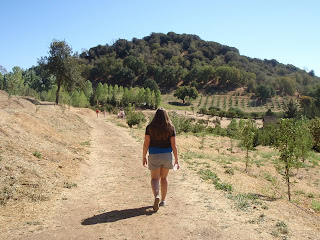 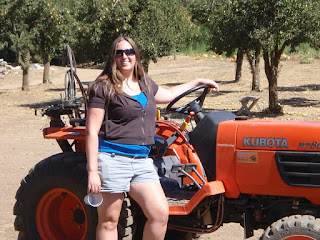 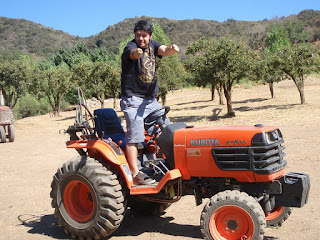 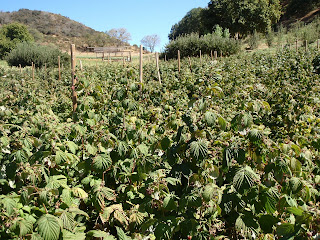 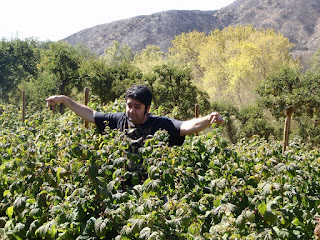 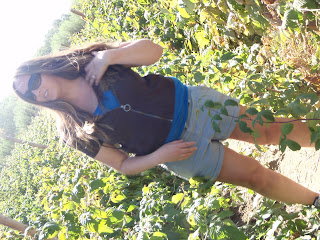 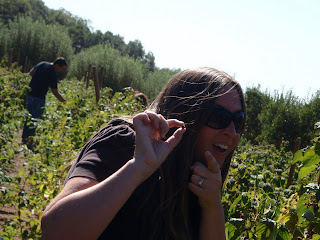 We walked back towards the general store, goofed off in the raspberry bushes, and then we....I mean, I....decided it would be fun to make a gallon of apple cider. Back into the General Store, we paid our $15 (for a GALLON. extortion, much?) and then joined another line outside to fill a bushel with pre-picked apples. I threw them into the grinder, while Omar had the tough task of turning the crank, crushing the apples into a waiting basket. Once we smashed up over 100 apples, the basket full of apple chunks was then smashed down, squeezing the juice into a bucket. The deliciousness was then strained into a funnel and into a plastic gallon milk jug. I also may have drank a big mouthful straight from the metal bucket...

We then headed back down the road, toward the main part of town, and hit up a huge sweets shop for an apple cider slushie and ice cream. Apparently my husband is still 5; he ordered bubble gum ice cream. After walking around and eating, while also taking to some weirdo selling homemade skull caps (and I must add, he was scaring all of his customers away), we decided it was time for more snacks. I just wanted a soda, and thought Omar would be getting his favorite treat-a caramel apple. So needless to say, I was surprised when he opted for the salami slice on a stick....he doesn't even like salami! But apparently meat on a stick is a novelty worth buying. 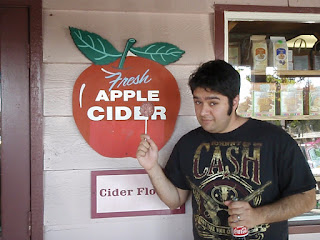 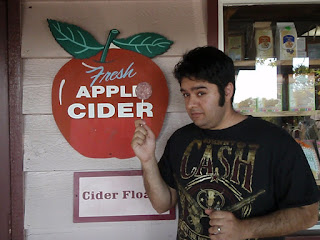 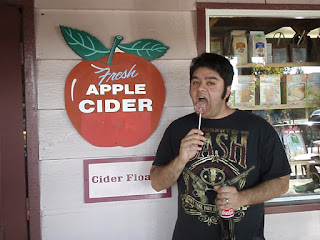 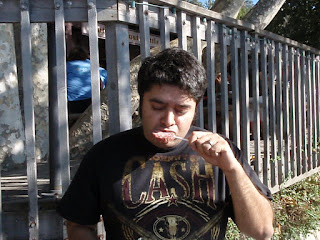 Hours after setting out to pick some apples, we made our way back down the mountain with a gallon of freshly pressed cider, salami on a stick, and two glass-bottled "vintage" Cokes, yet not a single apple. There goes my plan to make myself a caramel apple birthday cake tomorrow.

P.S. I promise to blog some actual recipes soon. I haven't made anything blog worthy, or that isn't already on my blog, in awhile. :(
Posted by Janet at 8:11 PM