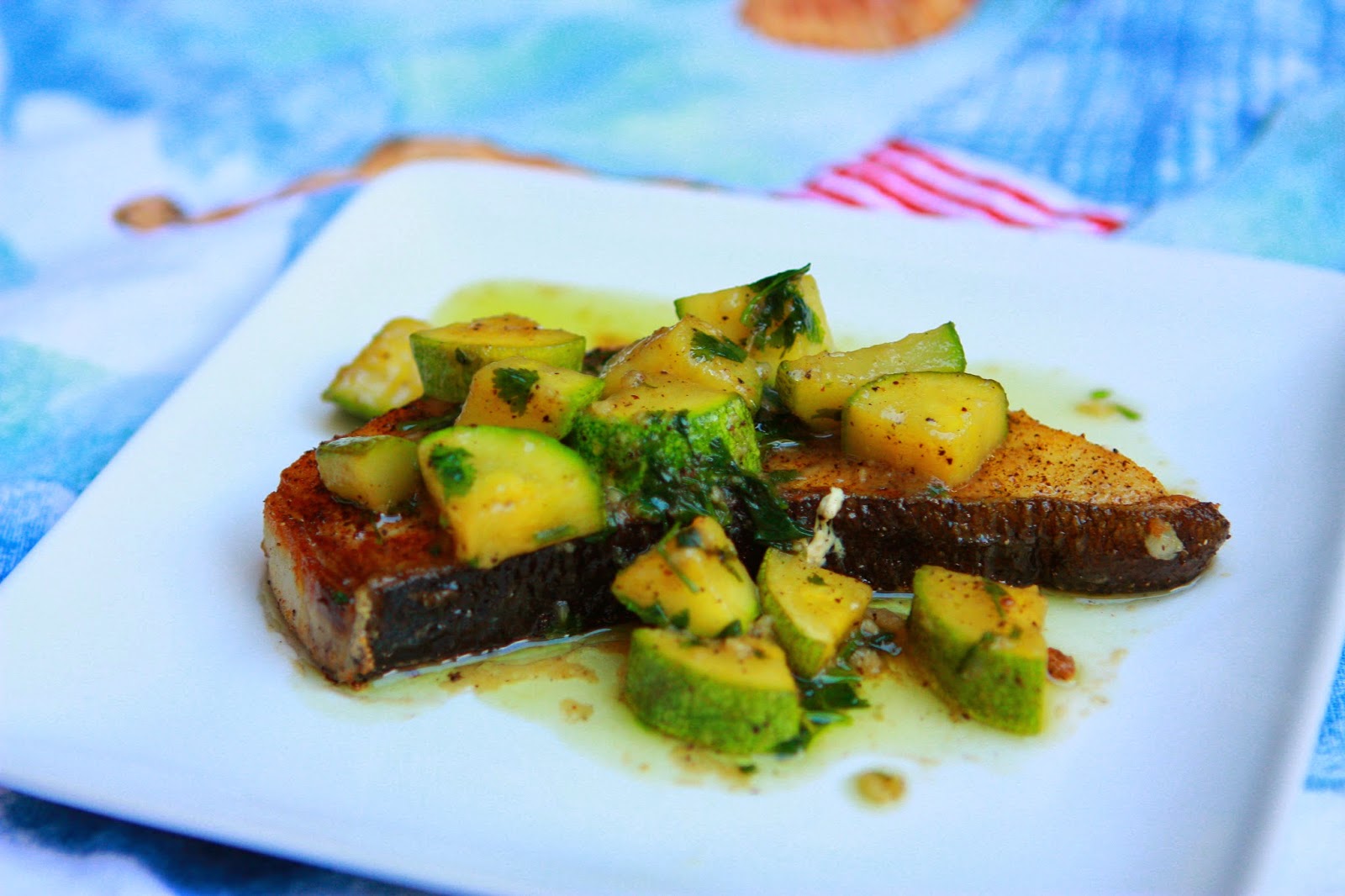 I recently bought Rick Bayless' cookbook Mexican Everyday and every recipe I've tried so far has been stellar. This is one of those recipes.

When I think Mexican food, I usually think of cheese-laden, heavy dishes, rice, refried beans, burritos and tacos. Obviously, Mexican cuisine encompasses so much more than that, but I don't think I am alone in my mental image. This is not one of those recipes. It is light and fresh, but full of so much flavor. I am not a huge fish fan, but even I was wishing for another bite once we were done eating. 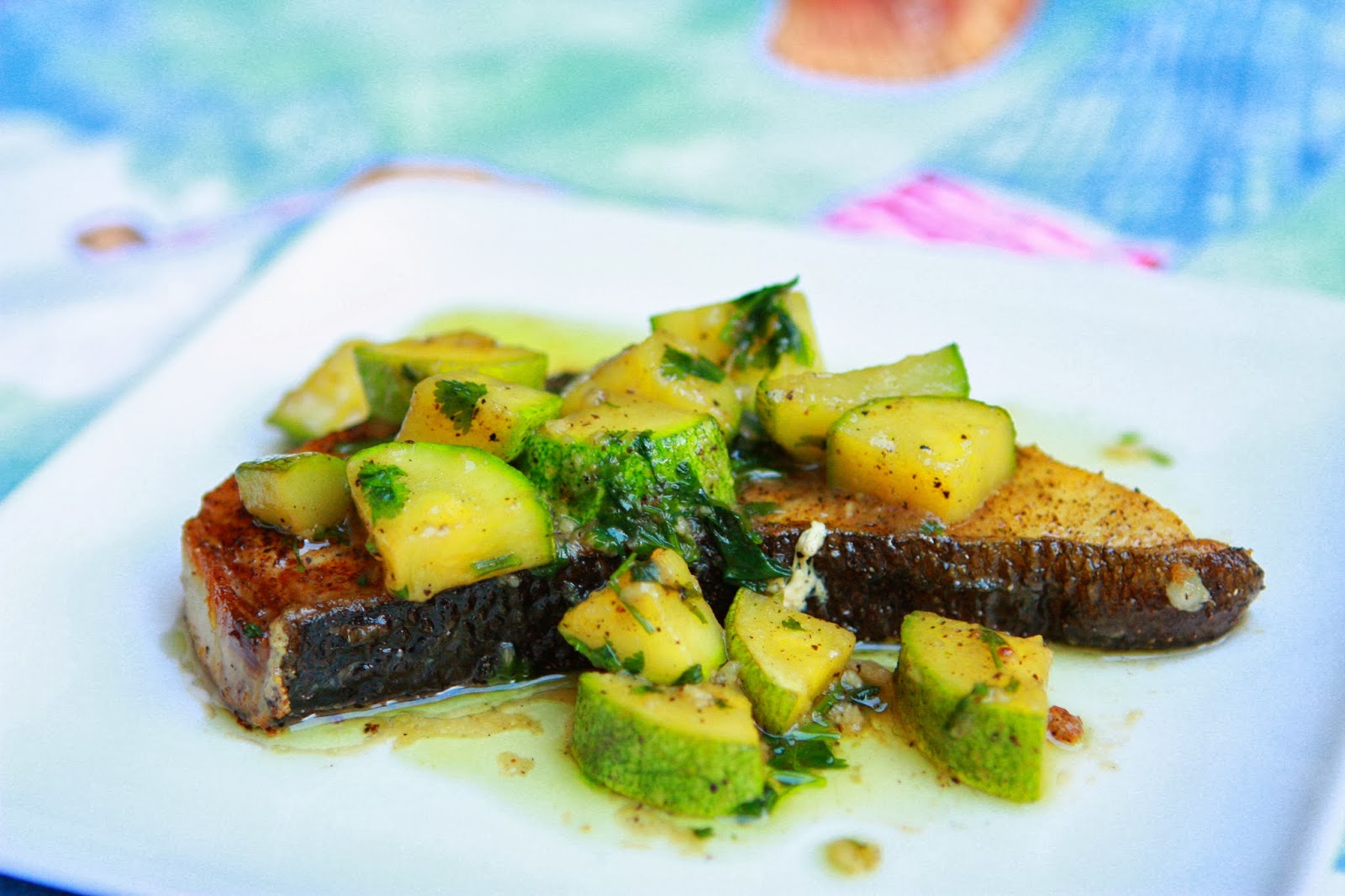 Directions
Turn the oven on to its lowest setting and place an oven safe plate inside.

In a large skillet (12"), warm the olive oil over medium heat. Add the garlic and cook until soft, fragrant, and lightly browned (about 4 minutes). Using a slotted spoon, scoop the garlic out into a food processor or blender, leaving as must oil in the skillet as possible. Set the skillet aside.

Add the chicken broth, 1/2 teaspoon salt, and the pepper to the food processor. Blend until smooth.

Return the skillet to medium-high heat. Blot any moisture off the fish and generously season both sides with salt and pepper. Once the oil is hot, place the fish in the skillet and cook until browned (about 2-3 minutes). Flip and cook the other side about 2 minutes. Transfer the fish to the plate in the oven to keep warm.

With the skillet still over medium-high heat, add the zucchini and cook, stirring regularly, until lightly browned, but still crunchy in the middle (about 6 minutes). Add the garlic mixture and cilantro. Stir until the sauce reaches a boil and the flavors come together. Taste and season with additional salt, if needed.

Spoon the zucchini and sauce over the fish. Serve right away with the lime wedges.